learn how to setup an apc backups on a computer running windows server 2008 r2 standard or enterprise edition. 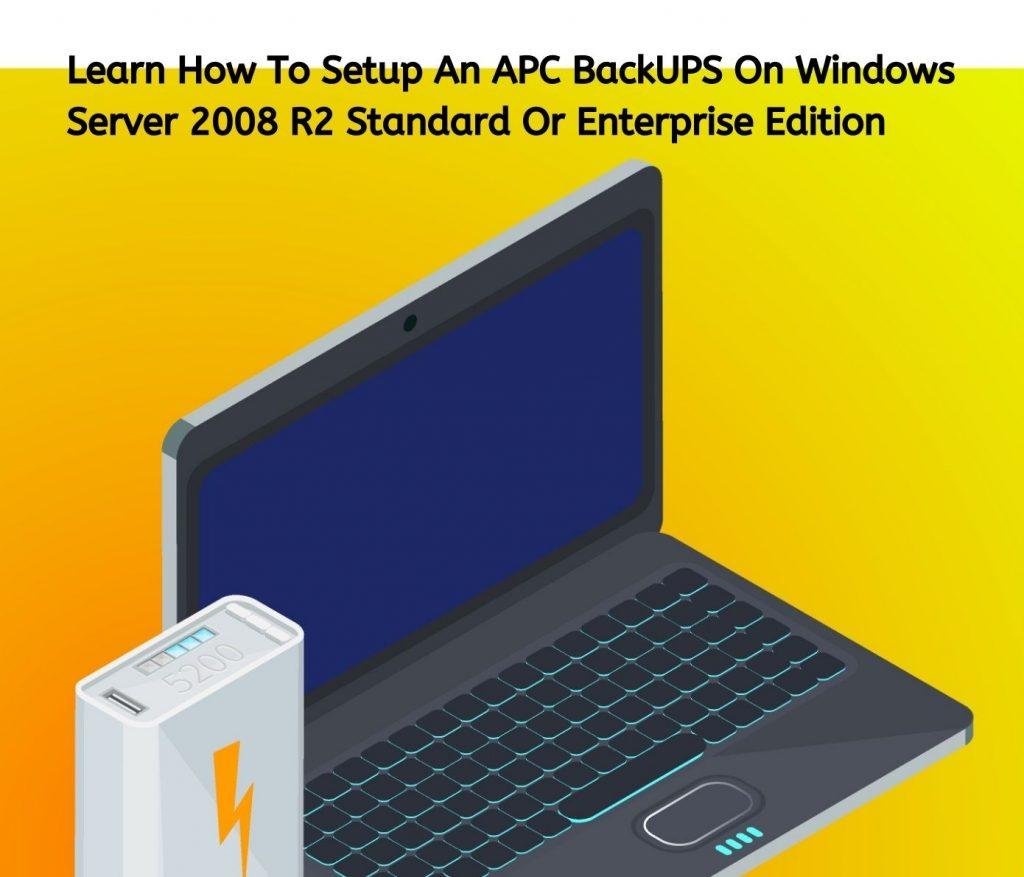 Windows Server 2008 R2 is an enterprise grade server operating system developed by microsoft corporation released on July 22 2009 and became generally available on 22 October 2009. It is an operating system used in all kinds of environments from SMB’s to large enterprises on bare metal and virtual environments. When deploying a Windows Server On Premise one of the most important things to put in place is a smart battery backup solution that will help to ensure Server uptime and minimise disruptions in the event of a power failure. It is much more crucial to have a battery backup solution especially if you intend to run a relational database such as a microsoft sQL or MYSQL Database. Many IT Professionals report that most of the IT related issues that they deal with on a daily basis are as a result of a power failure. The aim of this tutorial to educate you on the importance of a battery backup solution and also to teach you how to setup an aPC BACKUPS On Windows Server 2008 R2 Standard or enterprise edition. a free video tutorial is also available on youtube that you can watch at any time!
WATCH YOUTUBE TUTORIAL

Windows Server 2008 R2 has built in support for for APC UPS devices as long as if the UPS device has a connectivity port (I.E USB or RS232) that can be used for collecting battery level and UPS information. This tutorial aims to provide an easy to follow guide in configuring an APC BACKUPS device for providing power protection for your windows server. The following are items that may be required to complete this configuration:

1) A Server with Microsoft Windows Server 2008 R2 installed.
2) An APC BackUPS with a USB port.
3) A USB Data cable for connecting the BACKUPS to the WINDOWS server.
4) A UPS Power cable.
NB: This configuration can also be done on Windows Vista, 7 , 8 and Server 2012.

1) Depending on where you are located, shopping for an APC BACKUPS online could be a better option as the device could be a lot cheaper and could also be shipped to your location. The amazon online store is a good place to purchase such device but you can also purchase an APC UPS from ebay and alibaba.

We recommed the APC BACKUPS 950VA with universal sockets.

2) If you live in SOUTH AFRICA a good place to check for an APC BACKUPS is pricecheck.co.za as it will reveal many online APC resellers that you can buy from. If buying online is not a lucrative option for you we recommend purchasing the APC UPS from a local reseller near you.

Step 2: Connect The USB And Power Cables To The Windows Server.

3) Power on the APC UPS and connect it to the wall socket. Connect the USB and UPS POWER cable from the BACKUPS to the Windows Server. If you do not have UPS USB and POWER cables, check the BACKUPS product manual to find out the correct cables that are required.

The diagram on the right is depicts how the cables should be connected.